Inheritance Tax warning – Many retirees are making the expensive mistake when relying on a cash windfall for their retirement.

The UAP Group > News & Events > Economy > Inheritance Tax warning – Many retirees are making the expensive mistake when relying on a cash windfall for their retirement. 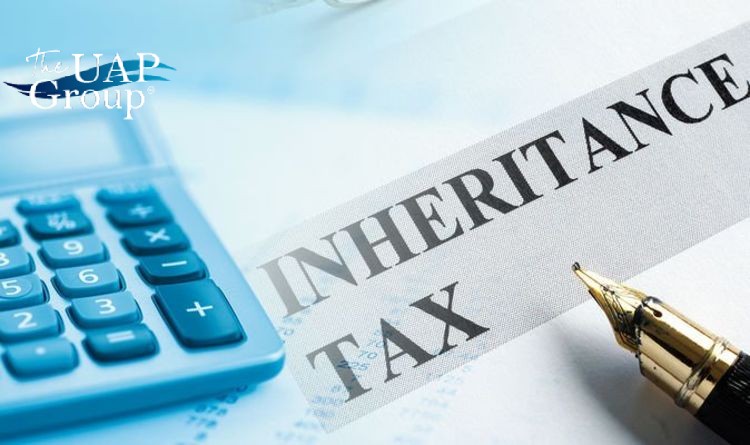 Inheritance Tax warning – Many retirees are making the expensive mistake when relying on a cash windfall for their retirement.

A think tank has issued a warning to many who are relying upon a cash windfall to fund their retirement years that they are setting themselves up for failure as they seem to discount the idea of inheritance tax.

To those who become beneficiaries, inheritance can provide a welcome financial uplift when considering their finances for retirement. However,  many Britons are now being urged to consider other options to fund their retirement goals, as experts warn it is a potentially expensive mistake not to consider the impact that inheritance tax may have.

The taxman will always want their share of a person’s inheritance and if not planned accordingly in advance, a beneficiary could be losing a substantial amount of inheritance due to HMRC’s rules. Tax understanding and planning at all levels are extremely complex with inheritance tax at the top of the pile. At 40% of the value of an estate that sits above the £325,000 threshold provides a lucrative levy for the HMRC that obtained a sum of £5.2billion during the 2019/20 tax year.

Inheritance tax though a large issue when thinking about one’s later years and finances, there are other issues that need to be considered when relying solely on the idea of an inheritance windfall. Research has concluded that 40% of people who expect an inheritance are relying on those funds to pay for their entire retirement and have no other source of income, which itself will leave them in an extremely vulnerable situation.

Life and relationships themselves can be impossible to predict, separation and further problems can also be counted as a cause for concern for any inheritance beneficiary, so can be deemed dangerous as unexpected costs and price increases have to be dealt with imminently.

Another person may need greater care in their later life or are required to spend more money than they perhaps first thought, as they have other dependents as well the possibility of other unaccounted beneficiaries, all that will leave them with a smaller pot than they may have expected.

It is impossible and pointless trying to anticipate when a person will pass away and that precludes the trouble with inheritance, and therefore the time when a beneficiary can or should schedule to obtain their inheritance. Life expectancy has increased over the decades and if a loved one lives for longer than expected, as it is not uncommon in this day and age for people to live well into their 90s, then beneficiaries may be in their 70s which means they will be well into their own retirement before they receive any money.

The same research also concluded that there are certain groups who are more likely to be relying on an inheritance to fund their life more than others. The report showed that women are more likely to need this kind of windfall during their retirement because as described in a previous UAP Group article, women are faced with the “Motherhood Penalty” as other interests and costs take priority over retirement planning during motherhood, the gender pay and gender pension gaps are a few other problems to consider.

As we can see there are many hurdles that arise, we all expect inheritance to play a large part in our retirement plans. Different jurisdictions have a different view of tax levies and requirements, so it is always better to ensure advice is only received from a qualified planning individual to maximise any estate. Therefore it may be awkward but also intelligent to talk to ones´ family to find out if they actually plan to leave something and how much it might be.

It’s better to plan today and safeguard your future and that of your dependents tomorrow.

beneficiaryIHTInheritance Taxretireesretirementtheuapgroupwarningwindfall
Previous Pension: The UK Prime Minister, Boris Johnson has been urged to act as women of all ages face the motherhood penalty.
Next 33% of middle-aged people are now looking to a gloomier retirement due to pension shortfalls.